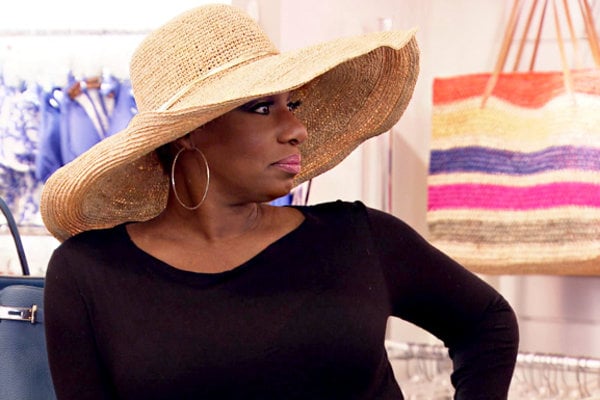 Misery loves company! Manlow and Krayonce seem to be keeping each other company very well. They are back at their ol CelebMasta site? tricks. Krayonce wants this to be about her so badly! She has thirsty written all over her face. It’s way better for them to sit and talk about me than me talking about them, because I am very busy, hunni!

As I said before, I am never having anything to do with these two fools, so no need for me to comment. When I write you off, I write you off! They are doing all for nothing, so let them keep talking about me. I’m so sad and angry about The New Normal going away, as if I have anything to do with NBC’s decision making! The New Normal was an amazing series with talented writers, actors and creators. If you were in this business, then you would know that as an African American actress not many of us can say that we have worked on two major networks at the same damn time as working on a cable network. That’s amazing within itself! I love how these chicks try to diminish what is clearly a major accomplishment. Let’s see them get a series to lose, then holla back at me. By the way, what do they do again? My point exactly! Just so you know, if I?m seen for one second or one hour on Glee, I get paid exactly the same — it’s called a contract! Thanks for tuning in! P.S. My clothing line is coming in July and I?m currently on DWTS Season 18, which begins March 17th on ABC! I have another amazing announcement coming soon! When one door closes another one opens! Stay Fabulous, Darling!